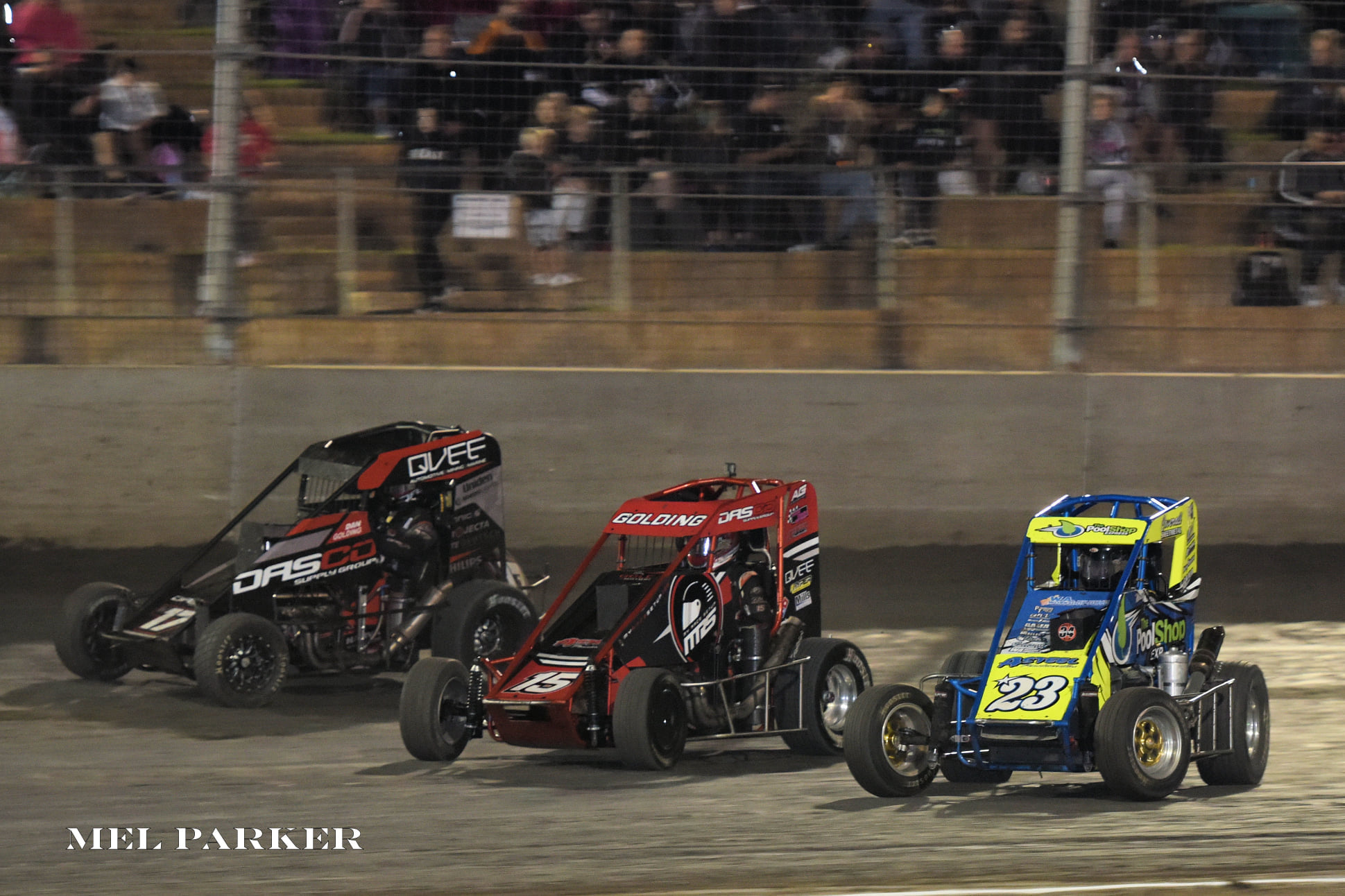 Last weekend at the Perth Motorplex Rob and the Golding Motorsport team competed in the WA Title event and after a rough few weeks in the lead up, they were able to walk away with their heads held high.

After a few dramas with the engine, there was much relief in the shed when the car was started just prior to the big day, with a big thanks to VM Race Engines. The motor even looked the part thanks to a new look valve cover thanks to Asteel Powdercoaters and the team was ready to rock for the WA Title, looking to better their previous best finish in the event of seventh place.

The night started out with hot laps, with Rob recording the third fastest lap in his group. In heat one Rob was battling for sixth place for much of the race but ultimately came home in seventh, while in the second heat Rob came eighth after dropping to the rear before fighting back and passing a few cars.

“In the heats we weren’t bad but weren’t exactly good either,” says Rob.

“We started mid pack in both and just struggled in traffic; the car didn’t have that much forward drive so it was a bit hard to get it hooked up. But we finished where we started so it gave us an ok starting position for the feature.”

These results would have Rob coming from position six in the feature and as the race went green, Rob was able to grab fourth place initially before dropping into fifth. He fought back and grabbed fourth where he stayed for a number of laps before making his move and grabbing third on lap twelve, where he would stay for the bulk of the race. After a battle with Alfonso Guadagnino, Rob dropped to fourth and this is where he would stay as the chequered flag flew, recording his best result in a WA Title.

“We changed quite a few things before the feature to try to get the car to hook up better and starting from sixth we made up a few positions early then went out hunting down the guys in front but by that stage they were long gone.”

”It was a bit of a lonely race in third… I think I spent about 15 laps there. I had a decent gap to Alfie but when Buddah came up to lap me I had to jump on the brakes which cost me a lot of momentum, but that’s the way it goes, the leader has right of way. It took me a bit to get back up to speed and also to get the concentration back and in that time Alfie had caught me. We had a great battle for a couple of laps but a few laps from the end he drifted up when I hit a slick spot and we made heavy contact. As a result of the contact, it punctured our left rear which made the car pretty evil towards the end, anymore than a few laps and I probably wouldn’t have finished.”

“It’s the second time that he’s run me down and passed me with a few laps to go, we need to get better at the end of the races. That should have been another podium, we’ve missed out on a few this year but that’s racing. It’s a shame that we haven’t had the results but at least we’re right there.”

Despite the slight disappintment, overall Rob was happy with the night, gaining some confidence back that they can run right there towards the pointy end of the field and put the car wherever he wanted on the track (Check out the Mel Parker photos below to see some of the lines Rob was racing!)

“I’m just happy to put a full night together. The past two events we’ve had some major issues which has cost me second place in the track championship. To wheel the car into the trailer and have minimal work to do is a nice change. That show has given me a bit of confidence back too…It’s the closest I’ve been to the wall in a long time (check out the Mel Parker photos as evidence!). I like the track when it goes slick but has a bit of a cushion. It spices up the racing a lot and slows everyone down a bit. Throwing slidejobs when the track is like that is a lot of fun!”

One of the highlights of the night for Rob off track was when a few fans came down to check out the car. Rob enjoys meeting the spectators and showing them through their set up and last Saturday night in particular the team met some awesome people, so make sure you take the chance to stop by at the next meeting this Saturday night at the Motorplex to learn more about the cars, drivers or crew!