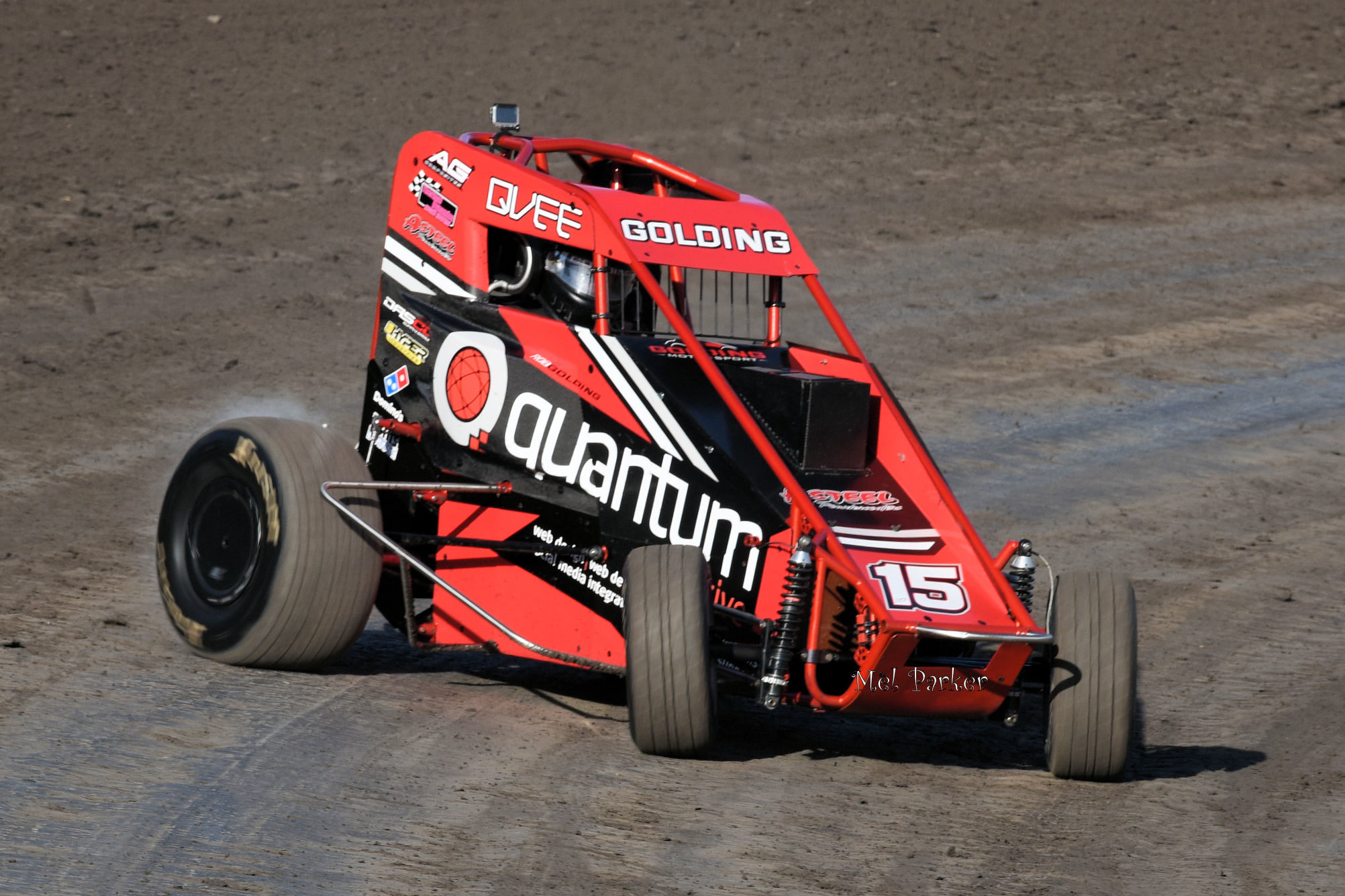 As alluded to earlier in the week, Rob Golding and the Golding Motorsport team had another solid run at last weekend’s John Day Speedcar Classic.

Rob did a great job to come home in fourth in the all important feature race, but another accolade the team received on the night was the Asteel Powdercoaters Best Presented Award!

This award is one that means a lot to Rob and the team, with a lot of work going into the car to make it stand out on the track.

“First of all, Asteel Powdercoaters really hit it out of the park with the red chassis,” says Rob. “Even at the first race this year with last year’s panels it stood out so much. The reason we got this award is a massive credit to them. I can’t thank them enough for all of the support they give me and I’m absolutely chuffed that we received this award.”

“The other person I really have to thank is Jason from JP Signs. We opted for something a little different this year and I think it’s come out really well. The design is all him; I gave him a very simple brief and let him do what he does best and he came up with a great looking car!”

Indeed the car looks resplendent, and really strands out on the Perth Motorplex track as the below Mel Parker photos attest to. The whole team is very proud of how the car looks this season and judging by the feedback from fans and other teams, that is the general consensus!

“I’ve have had a lot of comments this year about the car which is nice. It’s a great way to show off our sponsors to everyone,” says Rob.

A massive thank you again to Jimmy and Mel from Asteel Powdercoaters and Jason from JP Signs, and also a big thankyou to the Golding Motorsport crew for cleaning it and making it look mint every time it hits the track!