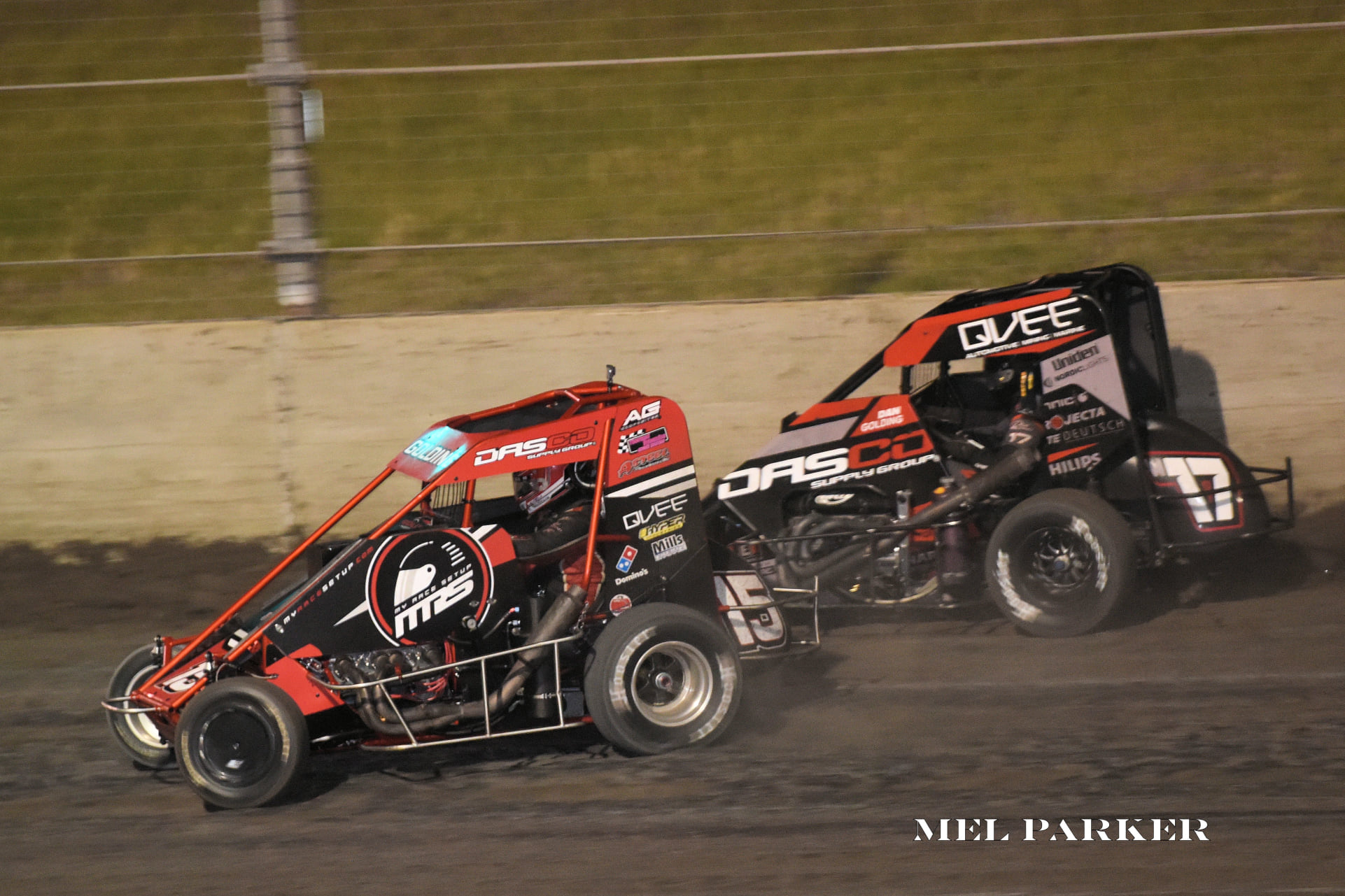 After another big season, Rob and the Golding Motorsport Team were looking forward to the season finale last weekend at the Perth Motorplex, but, as has so often been the case in 2020/21, it was the old story of so close, but so far!

The team worked hard through the week to be ready for the show, coming in looking for another podium finish and also looking to take any chance they could to elevate themselves from their fourth position in the overall The Pool Shop GroupPerth Motorplex Track Championship standings.

Rob would start in position ten for his opening heat of the night and after a good start where he raced up into third, it unfortunately went downhill from there.“I probably sound like a broken record but it was again just one of those nights…the story of our year!” laments Rob. “In the first heat we weren’t too bad; I got a good start off the line and made up a few places. I knew the oil tank was a little overfull so the car would breathe oil a bit so I wasn’t too concerned with the smoke, but when it kept going I started to get a bit curious. A few laps from the end I lost the power steering. The track had just been watered so it was greasy in some parts but there was a groove drying in the middle; without power steering I struggled to keep the car in that groove so I pulled in before I ended up in the wall.”“We soon found out that we broke a fitting off the power steering pump; not sure how it happened as its tucked away under the engine! We had a spare in the toolbox so we could get it fixed after a bit of mucking around to get the old fitting out of the hose.”After the team worked hard to repair the car, they were confident of a good result in the second heat, with Rob slated for a pole position start.“The second heat was a lot better. We started on pole but got jumped by two cars off the line. I had a really good battle with Dan for a few laps and ended up finishing just behind him in third.”With points tallied, Rob was scheduled to start from position nine in the final feature race of the season.“For the feature we were quietly confident of making up a few spots. We started mid pack due to the DNF and I got a great jump off the line, able to sneak up past as couple of cars, but behind one was another car that cut down on the track which I didn’t see. Unfortunately, it clipped the front of my car, spun me around and a couple of other cars got caught up in it. Somewhere in the mayhem we copped a large hit on our right front shock absorber.”

“Whilst the car looked fine, once I restarted, I soon found out that the front right shock was locked in place, meaning there was no suspension on the right front; it might as well have been a solid bar! It was an absolute handful to drive. Coming off turn two the car would lift the front wheels, then going into turn three it would dive pretty hard onto the right front. I was about to pull in when I saw turns one and two were starting to take rubber. I could get through the rubber easily but getting into turns three and four was very sketchy, every lap the car felt like it was going to either spin out or push me to the wall.”

“As I could comfortably keep my line without interfering with anyone else’s race I continued to get some points in case the guys in front of me dropped out. It was probably the hardest 20 lap feature race I’ve done!”

In the end Rob was able to continue circulating and by the end of the race had done enough to be in ninth place as the chequered flag fell. This in turn would be enough to secure fourth place in the Track Championship standings.

Although not quite the result that Rob was after, on the final night and across the season, the team can still hold their head high, with a podium finish to their name, as well as a number of other solid finishes.

Rob would like to say a massive thankyou to all those who helped him out during the 2020/21 season campaign, including all his sponsors, his crew guys who worked so hard during the week and at the track for each event, all his fans, the whole team at WASDA and of course his wife and son for their ongoing support.

The team will now spend the offseason going over the car and making sure everything is in place for another red hot crack in season 2021/22!