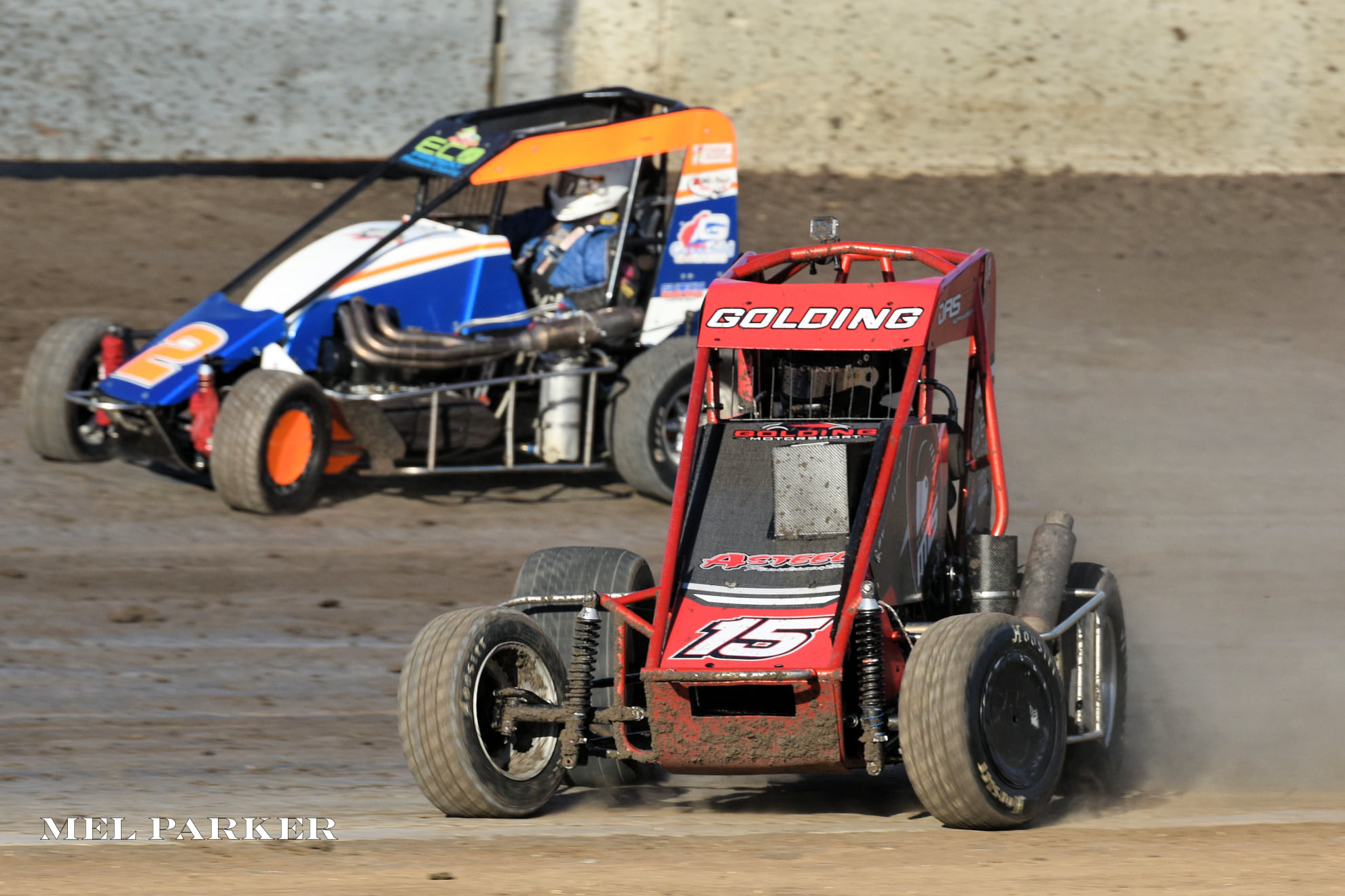 It has been a difficult few weeks for Rob and the team at Golding Motorsport and with many hours spent in the shed in the lead up to last weekend’s Johnny Fenton meeting at the Perth Motorplex, the team were hopeful of a solid run, though it was simply not to be.

“We had a hell of a week leading up to the race,” says Rob. “At the previous event we found an issue with the car and to be honest, we were lucky that the features were only 14 laps each as I’m not sure we could have lasted any longer. The part we needed to sort those issues out arrived with plenty of time, but it was faulty and broke when installing, so we then had a mad rush trying to get a new one sent over and it only arrived on Thursday night!”

With the amount of effort the team put in just to get the car to the track, they were looking for a good run, with Rob scheduled to start out of position four in his opening heat, then come from position seven in the second. Unfortunately, the bad luck stayed with Rob throughout the night.

“In the first heat we were ok, we tried something different with the setup and although it didn’t work out as we planned, we still finished where we started.””In the second heat we got an awesome start and went from near the back and led just as the red lights came on. I pulled the car up as normal and shut it off, but when I went to restart the wheels wouldn’t turn over; I thought it was just full of fuel but when the John Day drivers couldn’t back it off, I realised we were in a bit of trouble.”

Indeed, this issue would see Rob parked on the infield for the second heat and try as they might, they were also unable to get the car going for the feature race, which will in turn have a big effect on Rob’s Track Championship aspirations.

“We’re still not sure what’s wrong other than something in the motor has locked up. We checked everything we could have at the track; it was a bit of a wrecking yard at one point. We had the car almost stripped, the front of the motor was off, the rear end and driveline was out, panels were off, it was crazy! The engine is currently back at VM Race Engines and hopefully, it’s something simple so we can get back out for the State Title. Anything bigger and it might be season over as we haven’t got the budget at this stage of the season to afford any major repairs.”

“It will have affected the points too. We were looking strong in second but with a DNF we now must rely on other people having nights like ours to catch up. But who knows, motor racing is a crazy sport!”

Although the results weren’t what he desired, Rob still has plenty of people to thank for helping the team out.

“I must thank a lot of people for the past week and I’m sure I’ll forget someone, but thanks to Vaughan at VM Race Engines for his work on the motor, he busted his gut to get it ready for the weekend. Also to Jimmy Fleming for lending me some parts. My guys Rob Masi, Les and Dad for helping troubleshoot everything we possibly could on the night and lastly Alfie Guadagnino and Scott Glazebrook who pulled the rear end out of my car while we were working on the motor.”

Courtesy of last weekend’s results, Rob has dropped a couple of positions in the Track Championship. He and the team will be hoping for an easy fix on the car through the week and if this is the case, the next event for Golding Motorsport will be back at the Perth Motorplex on the 13th of March for the WA Title.